Working from home, from my new “Home Office” (previously Guest Room) has worked fairly well, but the one area it has not worked well in is taking Video Conference Calls. While it usually works, I frequently will get part of the video call which is jittery video wise, or gets the audio dropped briefly. While this could just be seen as annoying, it is frequently a barrier to communicating remotely, and can be extremely frustrating.

I have a good internet connection, and a fairly decent wireless network, but it can not be avoided that wireless packets get dropped from time to time, and the performance is not fully reliable. This is especially true when others are gaming on the network or streaming videos. The solution is pretty clear, I need a wired connection to my office, so I can hard-wire my laptop into my home network.

The Problem
So, the solution is clear, a wired Ethernet connection to the room. The problem is that it is not easy to get to, for the following reasons:

So, basically there is no easy way to install an Ethernet Jack.

My usual go-to move, would be to identify the wall from below in basement, drill up through the floor in the wall cavity (separating the 2 rooms), and put a box in the wall attached to the wire fed from below. That wire could also easily be routed in the basement, because with nothing finished, it is fairly clean to route it along the joists.

To be honest, I had tried to find a solution for this before (for a printer), but it is now becoming more important that I do find a solution. After, further inspection, there is a bulkhead which may be a possible solution. 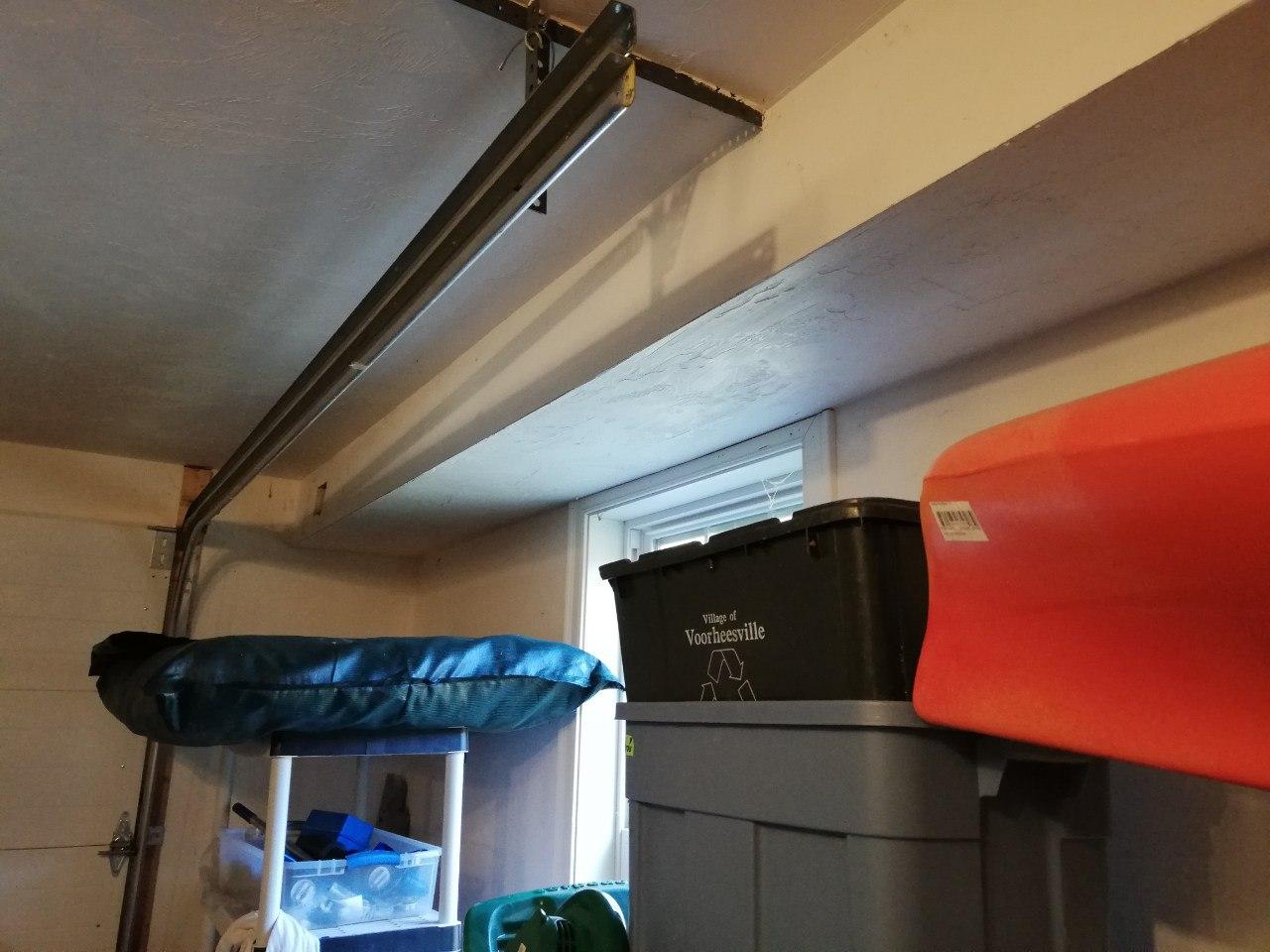 The first step, can I get a connection from the office, down into this bulkhead? I thought, if I cleared a big enough space in the wall, that it would be possible to get a drill in there, and drill a hole diagonally from the cavity in the wall, towards the garage (away from the exterior). After clearing a hole in the sheetrock, and trying it out, it worked. 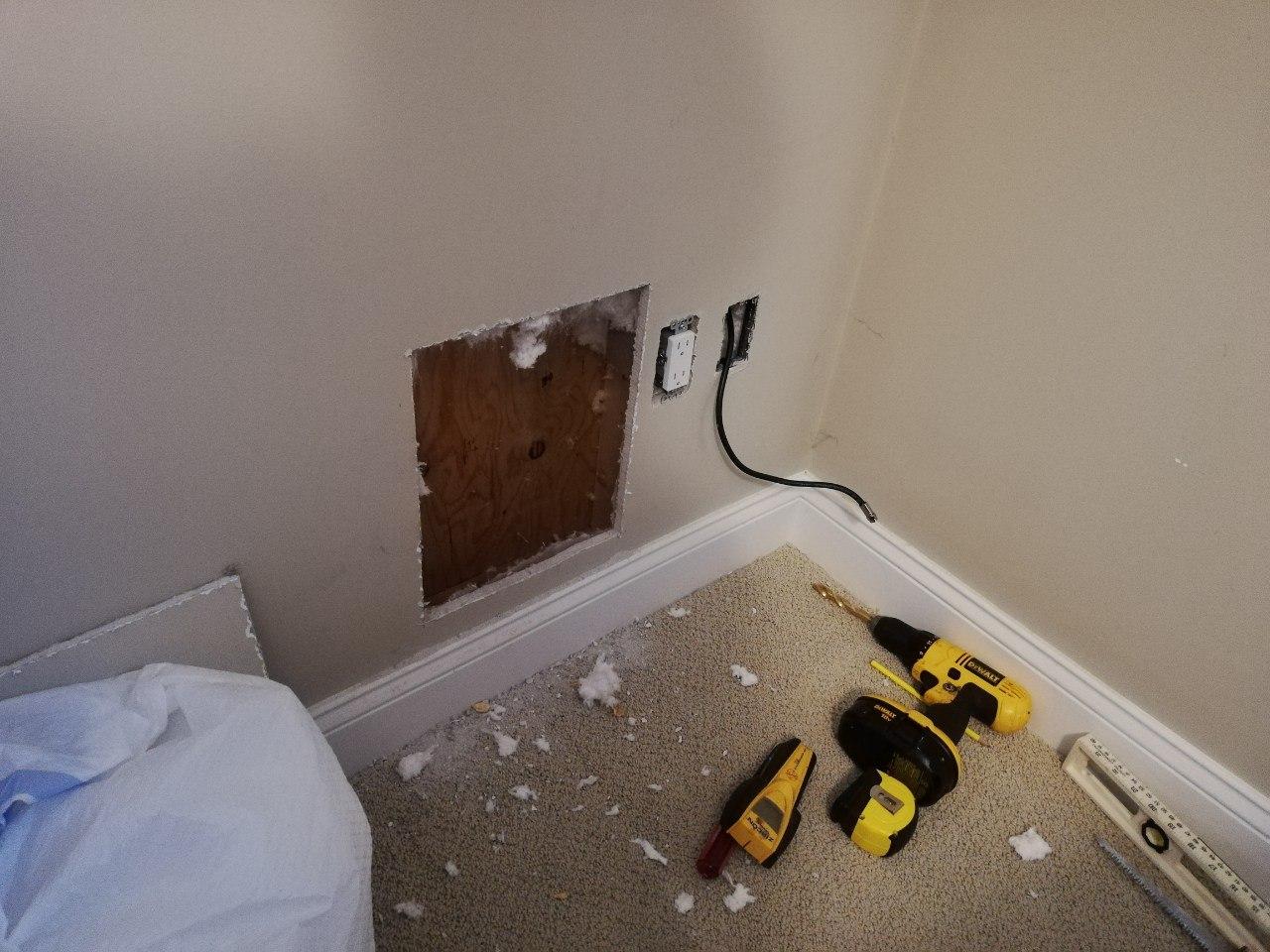 New hole in wall, along with existing outlet and coax connection.

Now that we can get a wire downstairs, the next step is to run it along the bulkhead. This took a while, and a lot of diligence, but with tons of work, I was able to feed a more solid guide wire down the bulkhead (this was assisted with a hole half-way down the length), and I was eventually able to pull the Ethernet wire along it. 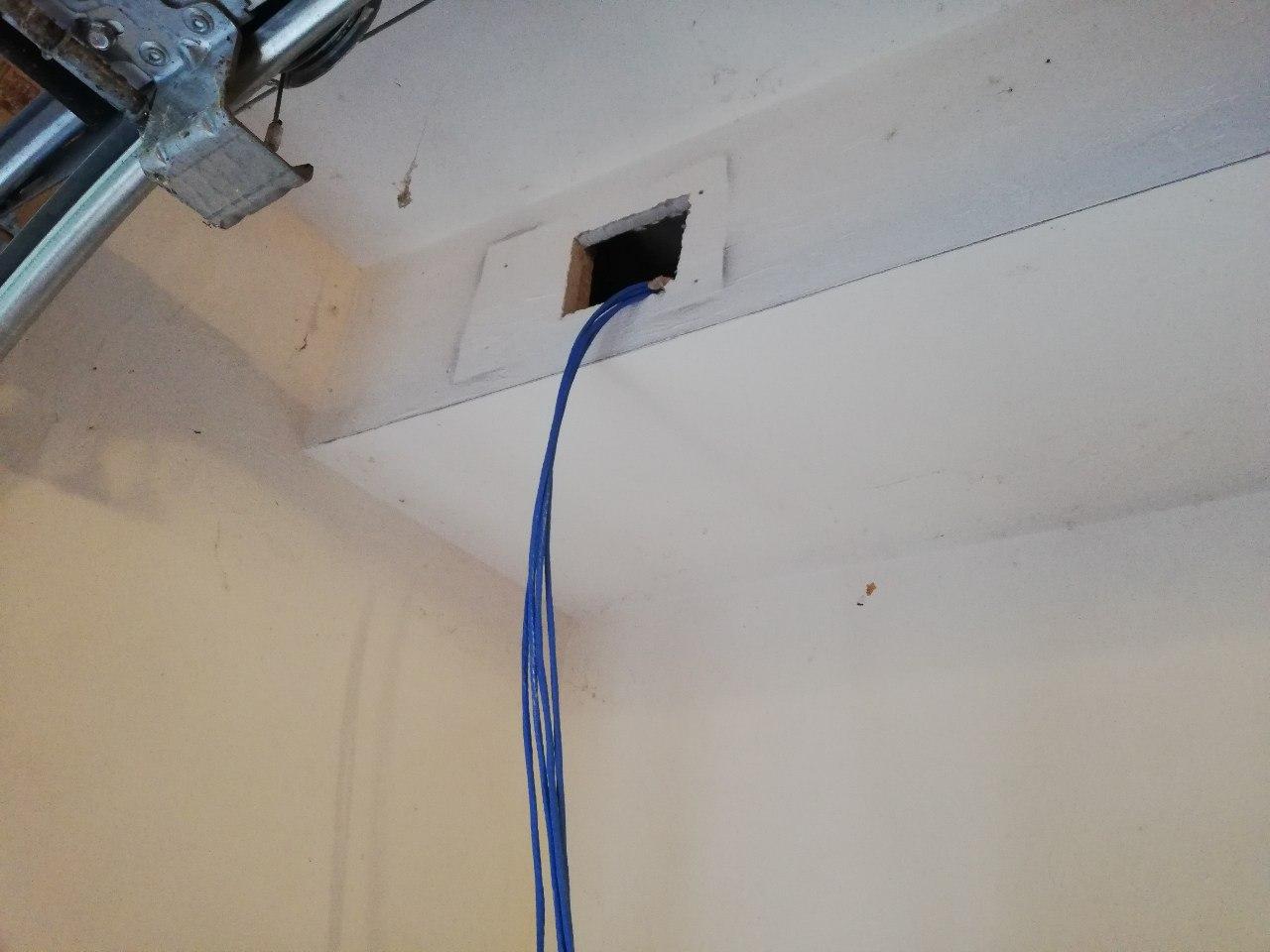 Ethernet wire fed through bulkhead. Note the 4 wires (not one), 1 for computer, 1 for printer, and 2 for security cameras that will be another job later down the road. 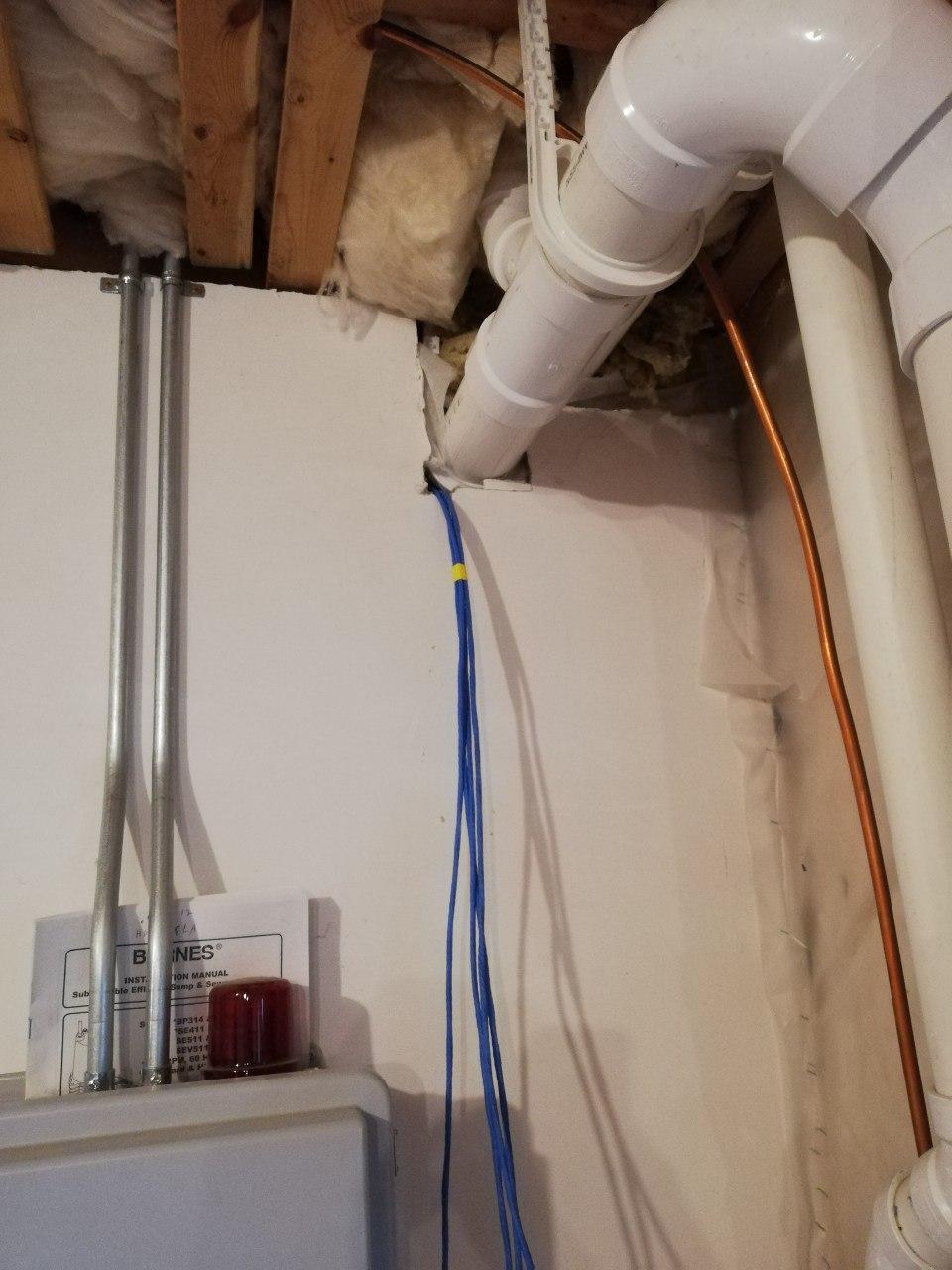 Ethernet wire from bulk head, running into the rest of the basement.

With those steps behind us, the rest are fairly straightforward. The first is to route the wires to the Home Internet connection, and to clean them up with zip-ties, and patch them into the existing network switch. 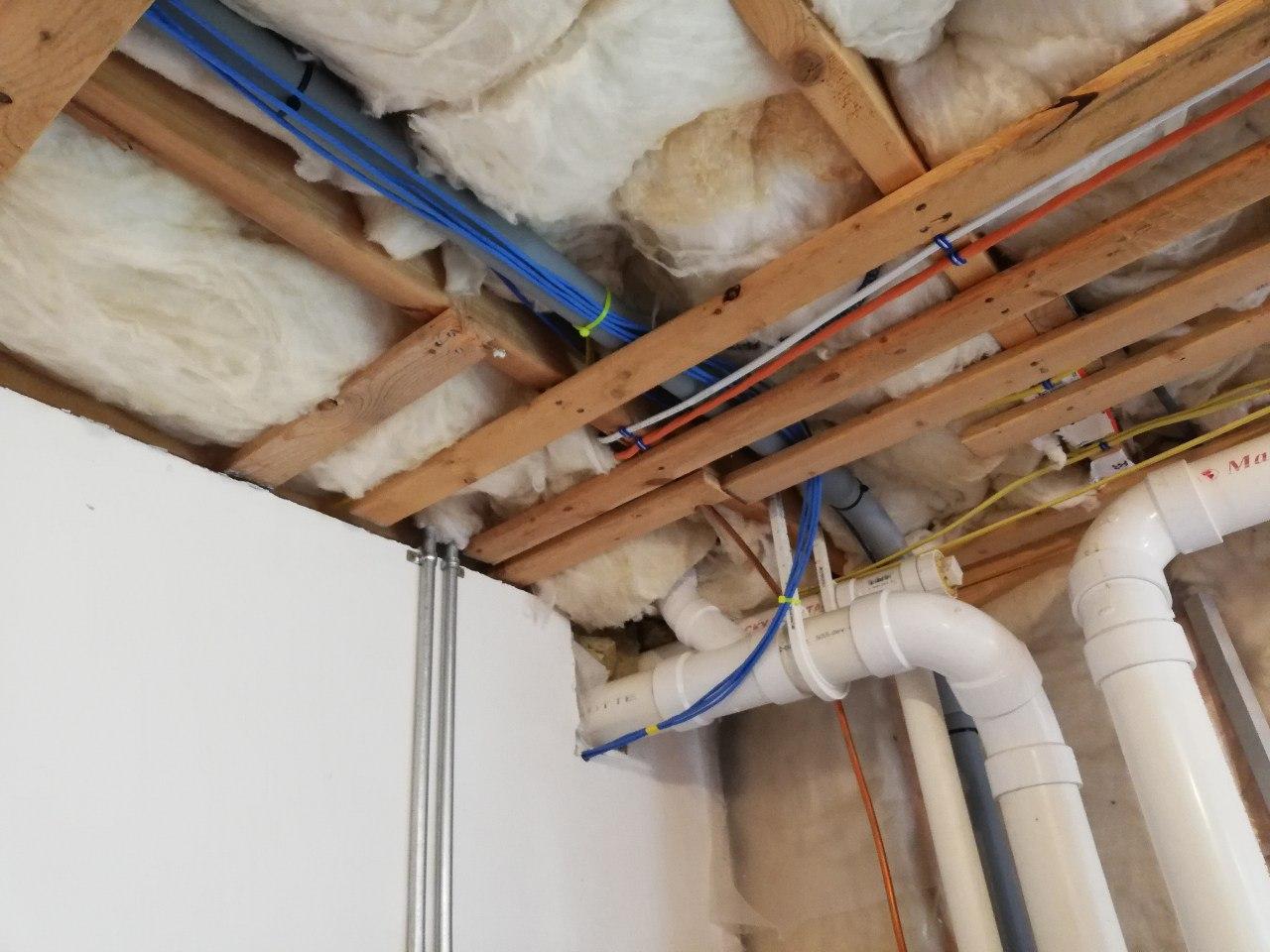 Zip-tied cables all cleaned up. 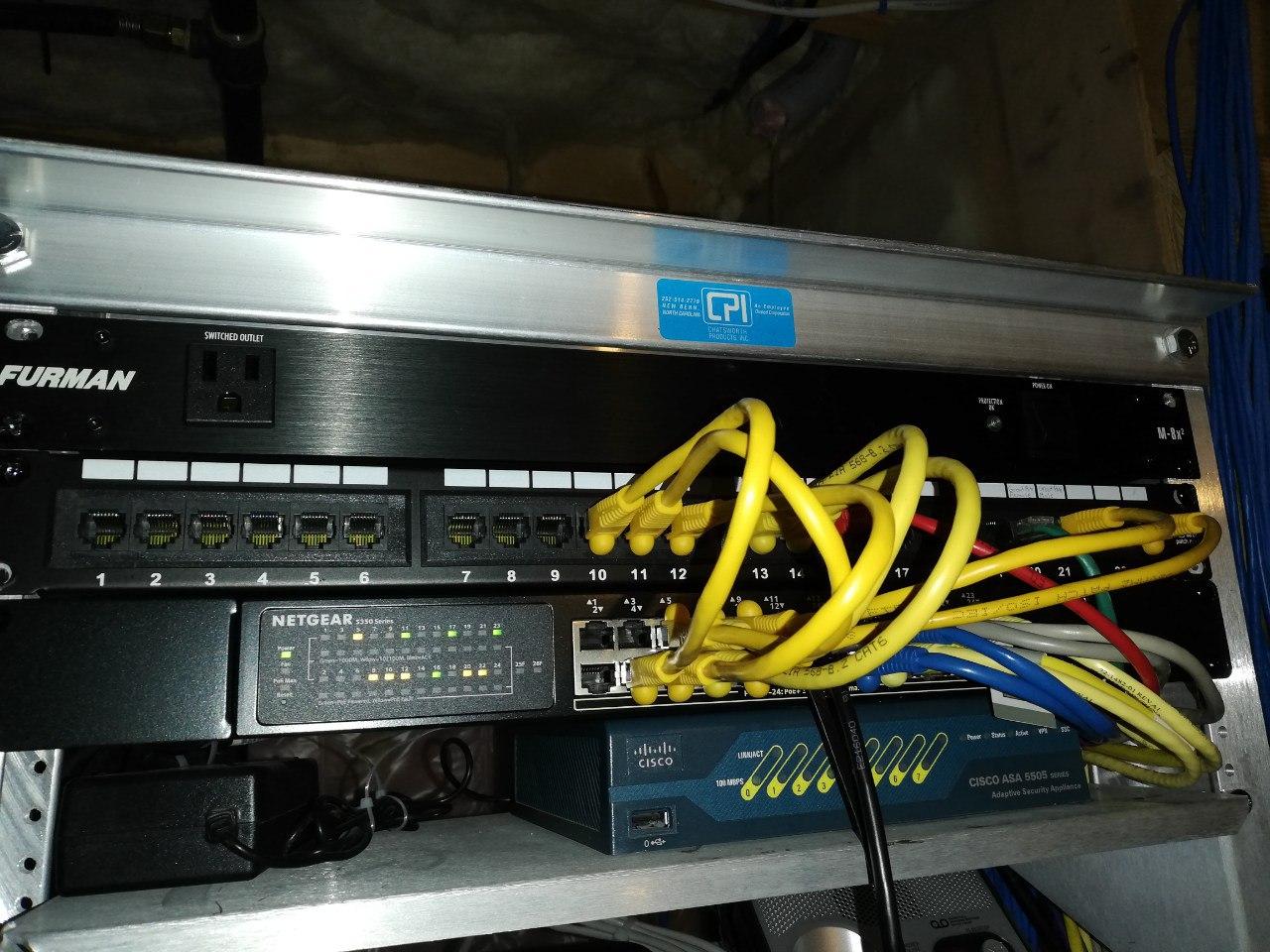 The last step was to close up the existing hole, and to install the new jacks. 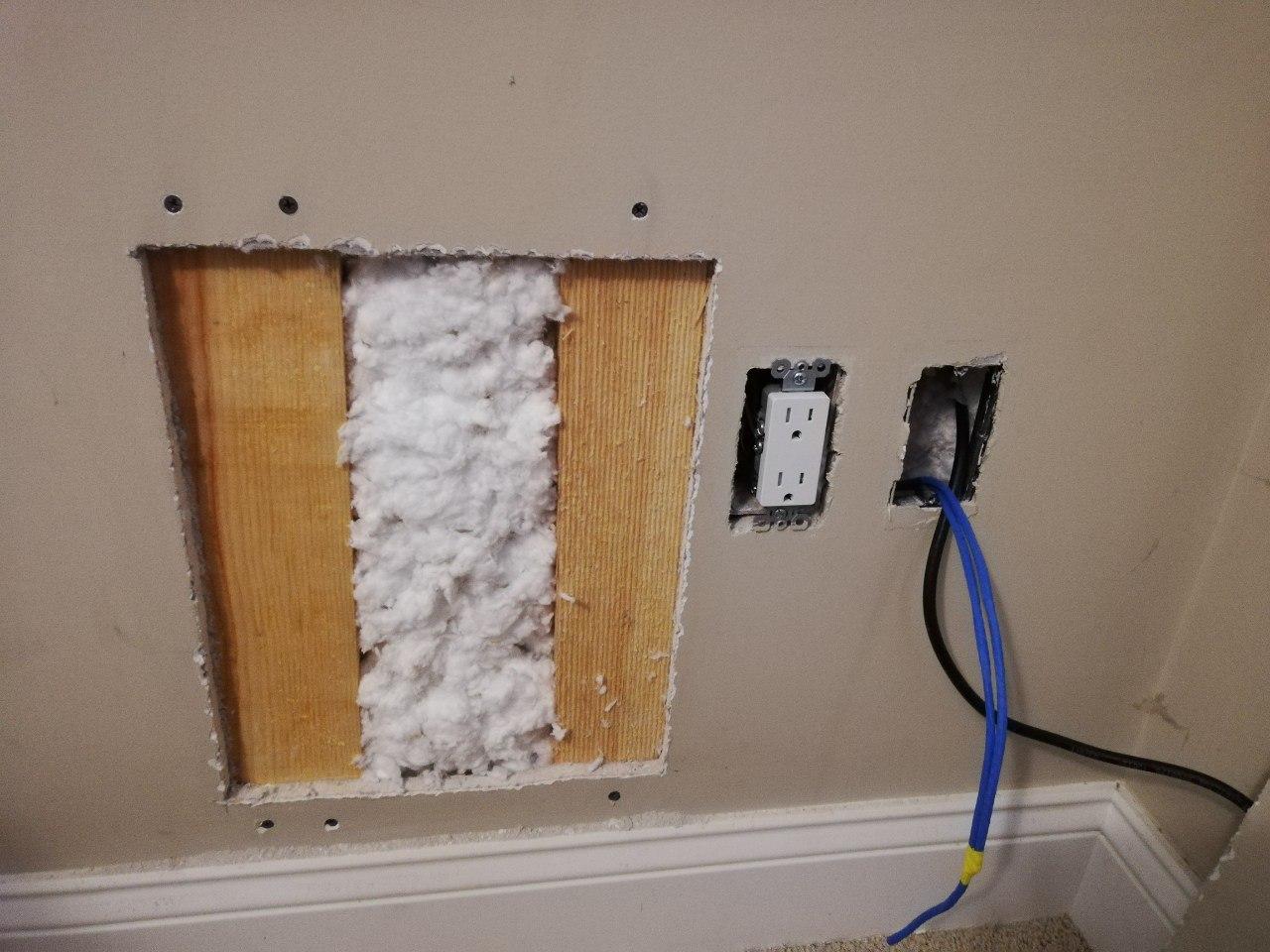 Wall opening with furring strips added to support sheet-rock, and insulation put back into place. 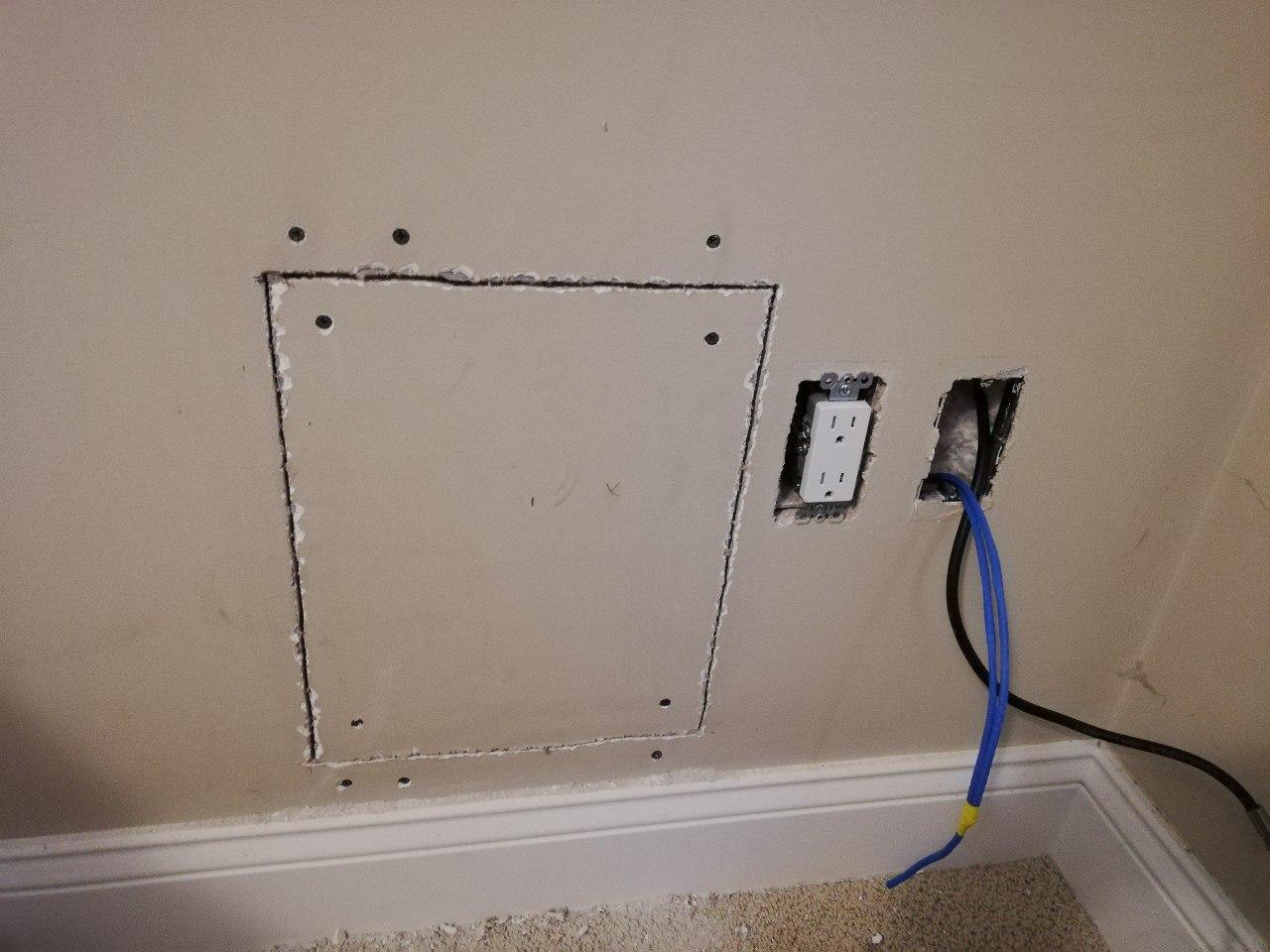 Closed up wall, just waiting for mud to finish it off.

Finally, 2 new network jacks in my office. One for my laptop, and one for the printer that was already there (previously using Wi-Fi). 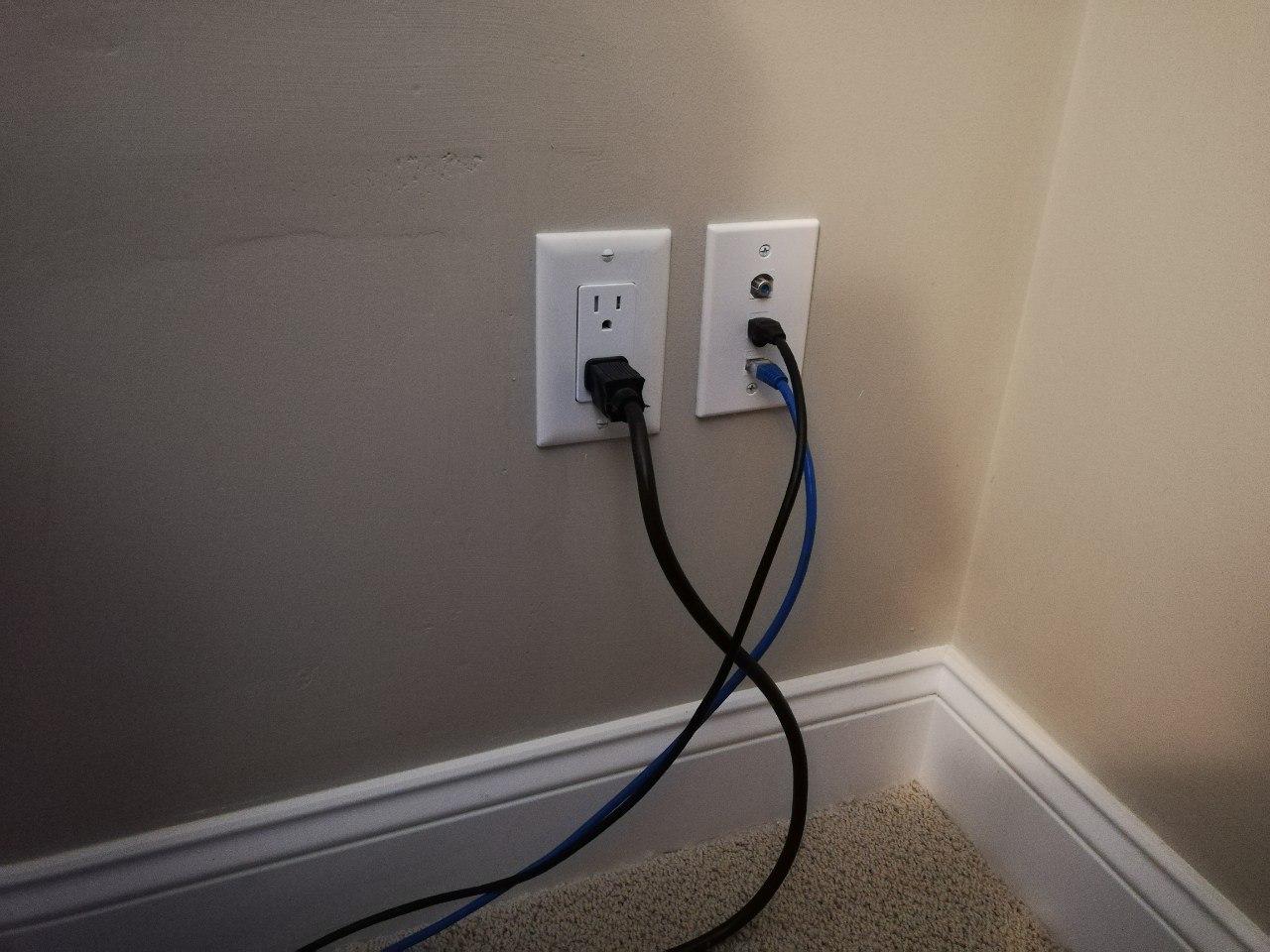